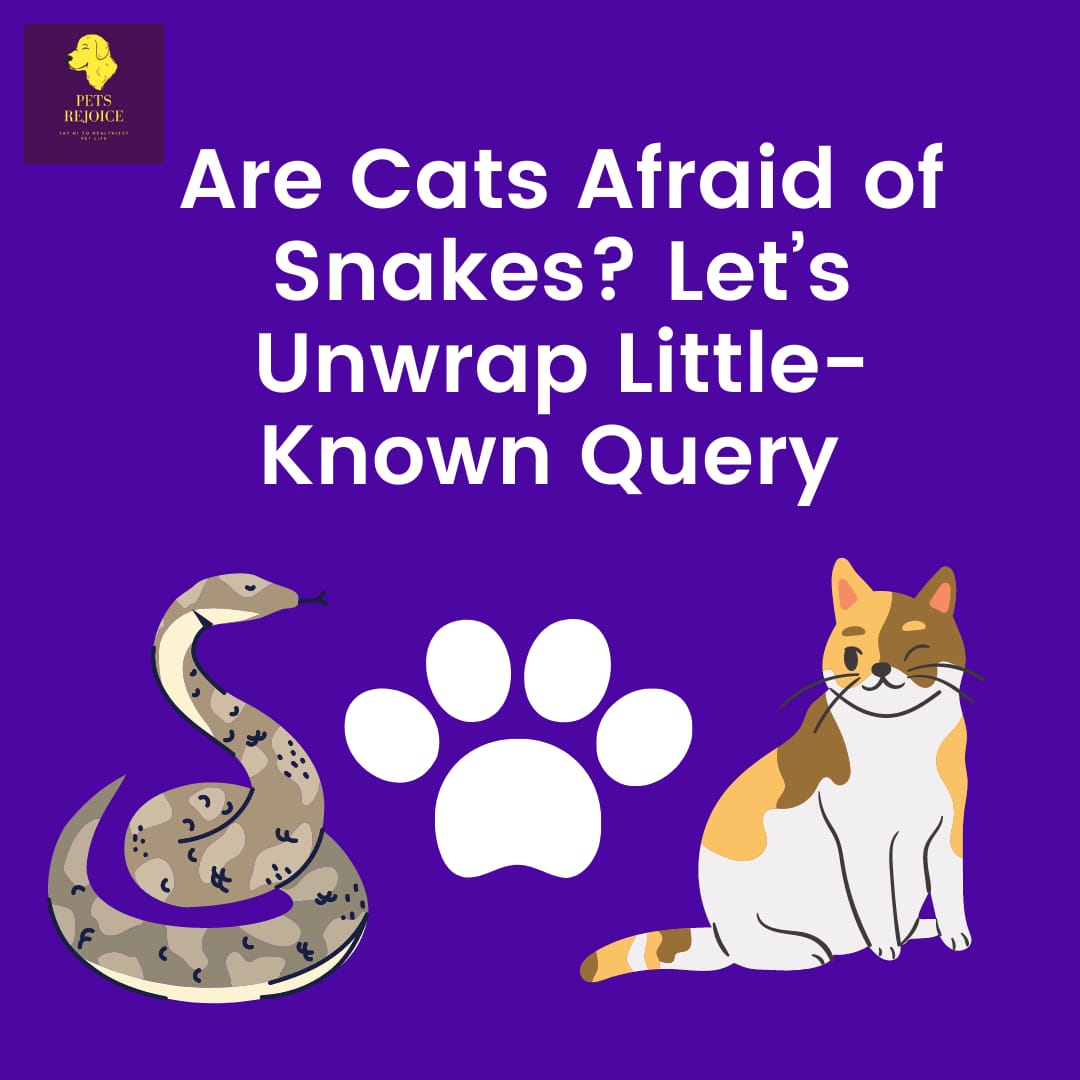 This post may contain affiliate links. This means that if you make a purchase through the embedded links on this post,Pets Rejoice will receive a small percent of the sale as the commission at no extra cost to you. Being an Amazon Associate, we only earn from qualifying purchases

So, are cats afraid of snakes?

Are cats afraid of rubber snakes? Do cats have a water phobia?

What are cats afraid of? And so on. Well, it seems like cats get petrified quickly. Right!

But it is not the case. We have busted the myths and answered all the questions related to snakes and cats. We have also discussed why are cats afraid of snakes and when?

Also, how the fantastic intuitive nature of your feline will help it for its survival. We have also explained that these cute pets can become very outrageous hunters as well. But what causes this transition, and how they deal with it?

Now, without wasting a moment. Let’s start to know the hidden facts.

What are Cats Afraid of?

If you have a cat, then you must know that these cute creatures get scared. It is because of their sensitive ears and sharp, intuitive nature that makes they alert to the slightest movement. These are some of the things that scare cats.

Suppose you want a happy cat. Keep the cats away from water so that they are not annoyed.

A loud noise of ceiling fan, bursting of a balloon, a quick sudden buzz, and turbulence. It is because of their thin, sensitive ears that make mouser fearful.

The preying nature of cats detects movement so quickly. So, any slither movement can scare the cat. It will wake up the fighter in your fluffy friend.

Are Cats Afraid of Snakes? 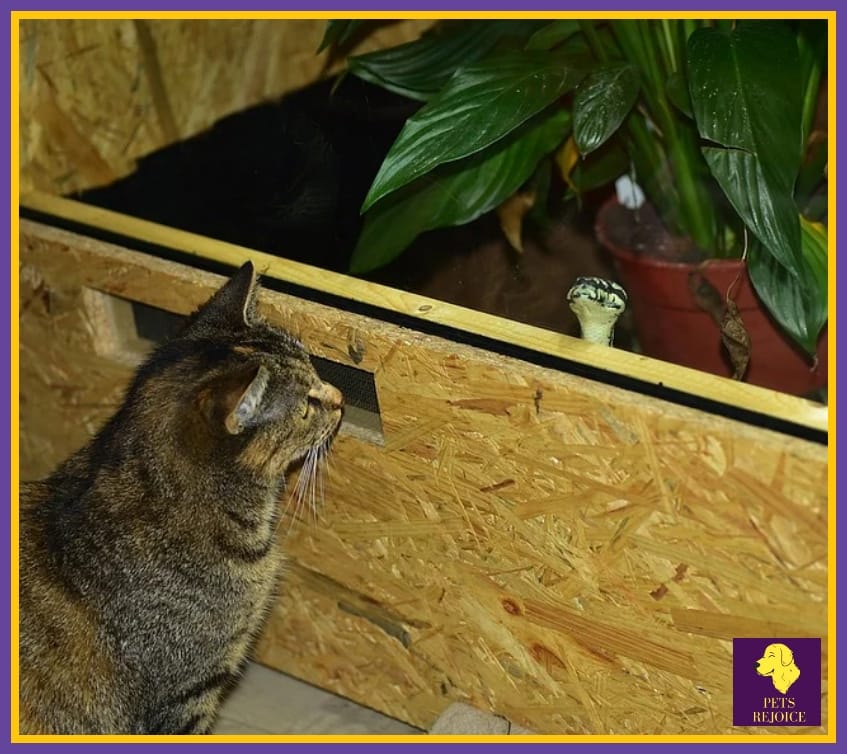 According to research, cats and snakes are competitive survivals for rodents. So, mostly they are not on a good note with each other. So, when the cat sees the snake, the slithery movement frightens the cat and causes panic.

So, to protect itself, the cat attacks the snake. Even the cats become scared of cucumber or rope because of their snake-like structures. The cats might jump over at first due to fear but then fight for it.

Cats and Snakes- Who’s the Boss!

Honestly, cats cannot always dominate these poisonous reptiles. It differs in each scenario, and mostly the winning factor depends on the breed of snake. It is because giant snakes are not something to be taken lightly. 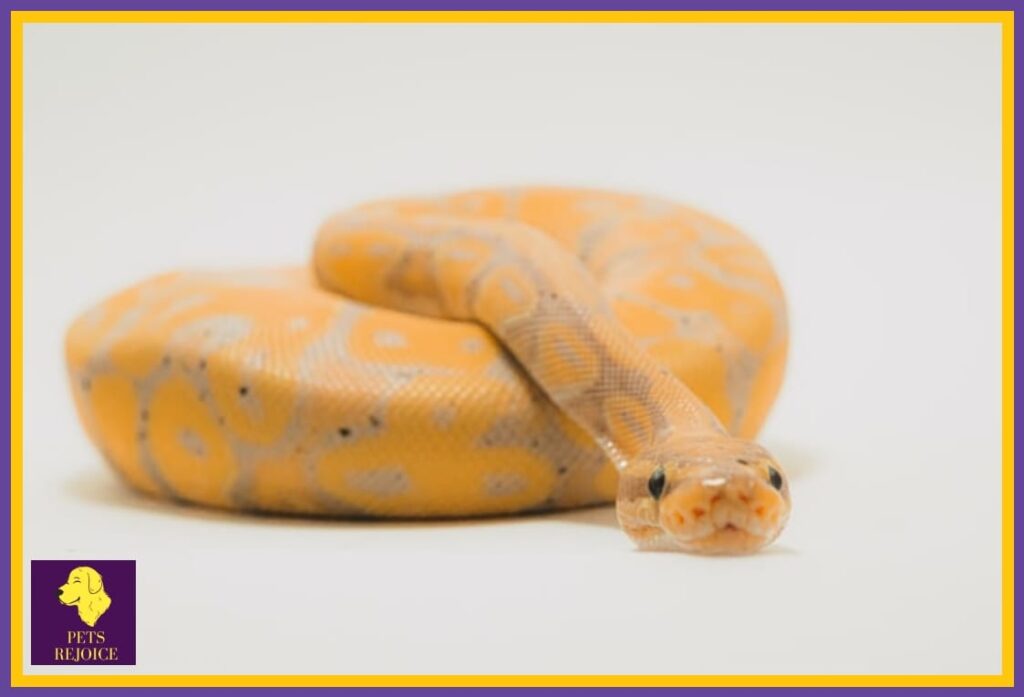 Giant snakes or boa such as python can engulf the whole cat at once. But, at the same time, the small snakes of about 6mm long or less might get killed by your cat in no time. Well, the cat does not eat up the snakes usually.

It might eat up some of the parts or play with a dead snake. Yes, your feline can do that scary play. So, we are further moving to explain to you what are the possibilities in both case scenarios.

When Does Cat Win Over Snake?

It is starting with cat-winning circumstances. It occurs when the feline encounters a small poisonous reptile. The cat instantly tries to smack it down with its preying tools, i.e., claws. Well, the quick slithery movement can make a cat furious. 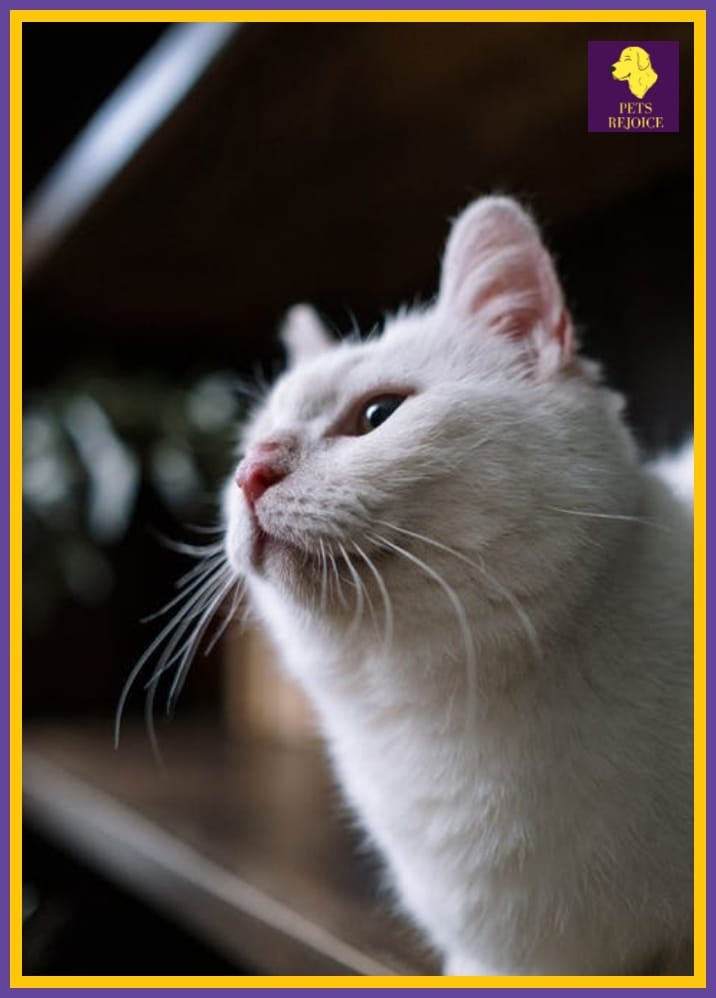 The cat will aim at the snake and knock it down with its efficient instincts. Now. The long-venomous snake can end up with either of the cases.

The snake becomes the cat’s prey. Some cats may eat the snake as most of the tiny snakes are non-poisonous to cause no harm. However, the wicked nature of the cat would not let sit your feline when he saws the snake.

So, he makes sure to kill that animal immediately.

While some of the cats will play around with them, enjoy their hunt, and do not eat even a single bite. Most of the time, a cat attacks the snake because of its impulsive nature. Therefore, snakes are calmed mainly by nature.

When Slither Takes Over Cats?

Do you know Mexico has the most significant number of threatened reptile species in Latin America and the Caribbean?

So reptiles, especially snakes, can be deadly. Giant anacondas” are the best example that can eat up the cat at once. Others include medium-sized snakes that are very poisonous as well.

Not every fight ends up with killing. Sometimes, the cat is lucky to escape but might get bitten by the snake. Nevertheless, it can be dangerous if not treated.

But the fight between these two critters can have the following results.

Well, if your cat is not lucky enough and you did not detect the poisoning symptoms. There is a high chance that you will end up losing your feline.

Life is precious, so struggling for it is worth it. But, unfortunately, the fight can also lead to many injuries due to the struggle for survival. So your feline might get serious injuries or get hurt from the snake’s attack.

Slither Attacked! How Will You Know About It?

Whenever you see a snake around your cat, observe keenly for a few hours to notice any change in the cat’s behavior. But, unfortunately, you will not be able to detect it immediately. It will take up to 18-20 hours for your fluffy friend to show any symptoms.

If a snake bites your cat, then you might observe these changes within the next few hours.

If you observe any of the symptoms in your cat, immediately take your fluffy buddy to the vet. Of course, even if you have not seen any snake around or are not sure about snake poisoning. But still, you observe any indications.

Immediately, consult your vet to avoid any serious accidents. Your vet will detect the fang bites on the skin of the cat. And treat accordingly.

Takedown: If you have seen the snake around your cat, take a picture anyway. Show it to your vet. It will help to treat your feline more accurately.

Also, we have an entire article on cat’s behavior to worry about.

If you think your cat has nothing to do with you can check this article as well. It will help you to manage your cat’s behavior problems more accurately.

Now, What Will You Do?

Either injured or sick, your cat is frightened and maybe in a state of shock. Now, chances are your cat has become annoying and may behave differently. Some cats might get into deep emotional stress and develop depression.

It is high time when your cat wants your love and extra care. Make them feel safe around you. Cuddle them a lot and strictly follow the veterinarian’s advice. Give the medicines regularly for quick physical recovery.

But what about mental health?

Did you know cats become more sensitive after they face such accidents?

Well, the cat become traumatized and need more attention and care, just like us. So try to make a stronger bond with your kitty. It will fasten the healing process.

But it is better to save your kitty from such emotional trauma. You can be careful and make your home and surrounding snake-free or rodent-free to avoid such situations.

It is better to Protect Your Cat from Trauma. How?

Well, the intuitive nature urges the cat to react impulsively. Either a worm or a snake, even a rope can trigger the defense mechanism in a cat. The slithery movement and wiggling gestures fetch your feline attention so immensely.

So, we have come up with a few suggestions so that you can assure your cat’s safety and avoid conditions that can cost your feline physical or mental health.

Prevention is always a better option. It is better to play safely with your little furry friend than to run for a vet. So, care for your cat cautiously.

Are cats afraid of rubber snakes?

If you are wondering about keeping toy snakes in your car or garden? Then you should know that our cats are afraid of robber snakes?

So, using rubber snakes or plastic snakes is not a problem as long as your cat will not see it. But obviously, you cannot avoid it because you take your feline everywhere with you. So, when your cat knows the rubber snake or any other toy snake, it will instantly trigger the startle response.

It will panic the cat, and without thinking or looking upon the rubber snake, it will quickly jump back or jolt out of terror. It can cause stress, and your cat instantly becomes defensive.

Takedown: Some people try to prank their kitties with cucumbers or toy snakes. They even prank them with sounds that scare the little furry friend. According to some veterinarians, you should avoid such pranks as they can cause anxiety to your cat.

If you continuously do such ranks, it can cause serious behavioral issues in cats and leads to convulsions and other mental problems.

So, what do you think?

Are cats afraid of snakes? Myth or Fact?

Let us know what your take on this question is?

Also, please share your experience of cats and snakes and how you deal with them. If any?

Will you become our friend and tell your friends about this post, only if you find it useful.

MORE FROM THE EXPERTS: 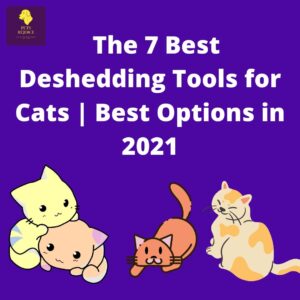 The 7 Best Deshedding Tools for Cats | Best Options in 2021 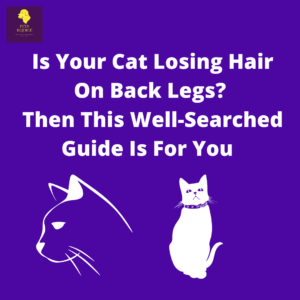 Is Your Cat Losing Hair On Back Legs? Then This Well-Searched Guide Is For You 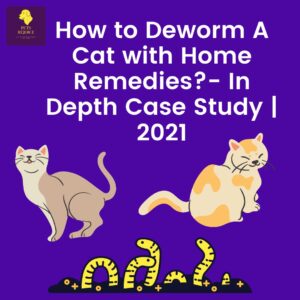 How to Deworm A Cat with Home Remedies?- In-Depth Case Study | 2021 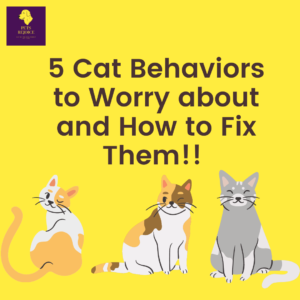 5 Cat Behaviors to Worry about and How to Fix Them!! Complete Guide | 2021

Dog Hiccups A Lot! Is It Pleasing or Concerning? |2021

Sign up for the exclusive weekly tips regarding pets parenting delivered directly to your Inbox!!